What is Magic Sleek?

Magic Sleek has been rigorously tested for safety and effectiveness, and is 100% formaldehyde free containing no methylene-glycol or any other harsh chemicals that produce formaldehyde when heat is applied. Magic Sleek has none of the health risks or side effects of other products. Magic Sleek is safe for women of all ages and can be used on bleached hair, ethnic hair, and even virgin hair. Simply by adjusting the technique used, Magic Sleek can be customized to cater to different hair types and offer a variety of results. All with the same three-step system, you can achieve a pin-straight look, you can straighten the hair while still retaining body, or you can remove frizz, redefining a curl entirely.

Ingredients that break down into formaldehyde include:

How Does It Work? Nicole Napolitano and Teresa Aprea from Real Housewives of New Jersey

Magic Sleek’s main active ingredient is tannin, an element widely used in tanneries to leave leather waterproof, soft, flexible, and unbreakable. Our laboratory managed to synthesize elements from the family of tannins and brought them to use in cosmetics.

Also in its composition, Magic Sleek contains a natural Argan oil extract, which provides moisture to the hair.

With consideration to the health of ones hair, the pigmentation is purple to provide prevention of an anti-yellow tone of the hair during the thermal process. We achieve a treatment that strengthens and rejuvenates the wires, shields the cuticles, adds softness and shine to the hair, and prevents the action of free radicals that cause premature aging. It also helps to moisturize the scalp and hair, protect the color, and decrease the aggression of other chemical treatments.

In addition to the Tannins and Argan oil, we have Amino Acids. The water amount is an important factor for hair and skin. A tissue, called the cuticle, on the surface of the hair plays an important role in water retention, and Amino Acids are ingredients that moisturize the cuticles. Hair that is dry and dull shows that the cuticles are badly damaged, due to a decreased amount of Amino Acids. Many people dye their hair, but the dye and the chemicals damage the hair, especially the cuticles. It was found that shampoos, conditioners and treating agents containing certain types of Amino Acids prevent the hair from breaking due to the increase of the water retention capacity.
Magic Sleek acts on peptide bonds rather than sulfur bonds. With Magic Sleek, the hair treated with Amino Acids becomes “soft” and “hydrated.”

In short, our unique combination of Tannins, Argan oil extracts, and Amino Acids are what set Magic Sleek apart from any other hair straightening system on the market today. Learn even more at the Magic Sleek website. http://www.magicsleek.com 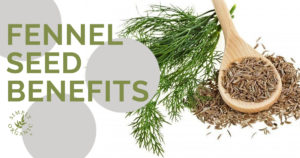 For many families, Fennel or Foeniculum vulgare is a favorite kitchen staple for the crunchy, sweet flavor it brings to any meal. Apart from the that, none of its parts go to waste: The pale green bulb can be added into a soup or salad; the leaves can enhance the flavor of pasta; while the seeds can be used as spice and made into oil.

From free-radical fighting antioxidants to phytonutrients, Fennel Seeds are loaded with over 80 vitamins and minerals that you wouldn’t get from your average vegetable. This makes it an excellent remedy for many hair and scalp conditions.

Stimulates Hair Growth
Free radicals are detrimental to the hair. Without enough antioxidants in the body, free radicals can cause oxidative stress, which impedes hair growth and causes thinning. Fennel seeds are packed with antioxidants, as well as nutrients like pantothenic acid, iron, molybdenum, copper, folate, iron, and niacin that stimulate hair growth.

Fights Oxidative Stress
Almost 15% of Fennel’s nutritional value is made up of vitamin C, making it a very potent antioxidant. Vitamin C is also a known electron donor, which help prevent oxidative damage caused by imbalance of free radical levels in our body.

Oxidative stress can manifest in a variety of ways, from breakage to hair loss as a result of rapid aging. The only way to counter this is to use products containing vitamin C, like Oway After-Sun Hair Mask. The Fennel extract in this hair mask will help strip the hair and scalp of free radicals after a day in the sun.

Moisturizes the Hair
Many consumers make the mistake of overloading the hair with protein to keep it looking shiny and healthy. But nothing could be further than the truth. Our hair strands have no natural lubrication, so they rely on the oil produced in the roots to keep them looking shiny and nourished. An overabundance of protein can throw off the natural pH balance of the hair and scalp, resulting in hygral fatigue and dry scalp. The antioxidants and antimicrobial properties of Fennel tones the hair and scalp, stripping them of elements that are causing dryness, including protein buildup.

Cleanses the Scalp
According to research, Fennel Seed Oil effectively inhibits the growth of a wide spectrum of bacteria and fungi.1 Due to its acetone, n-butanol, ethanol and ether content, fennel extract is great for treating conditions like dandruff and eczema, and calming irritated scalp. Those with sensitive skin would benefit from using Oway Soothing Remedy Spot Treatment for its healing and moisturizing properties.

The app will allow you to always have access to your service record and to schedule and change appointments easily. 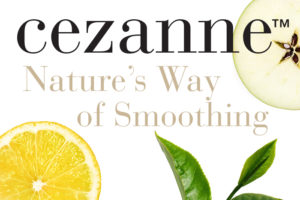 We at Cezanne know how important your health and hair are to you. We promise never to use harsh chemicals and have the documentation to prove it. Our product delivers extraordinary results with no trade-offs.

Hypoallergenic and dermatologist tested, Cezanne treatments won’t irritate the scalp or release any noxious gases. They strengthen the hair using a revolutionary low pH technology that restores bonds that are broken or damaged during thermal, mechanical or high pH services.

One of the best ways to fight winter dryness, is to shampoo less often. You may also want to try co-washing, (with conditioner only) your hair instead of using shampoo regularly. This method helps hair from being stripped of its nutrients.

If you experience dry itchy scalp, we suggest using a light oil directly onto the scalp prior to a blow dry or air dried hair. This method can also be used during warmer months. Water intake also plays a huge factor in how our hair and scalp responds to seasonal changes.

Oway’s “Glossy Nectar” or “Silk N Glow Serum” are wonderful oils that will not weigh your hair down if applied correctly. Come on into Organic Roots Eco Salon for a complimentary consultation and tutorial!

The natural & organic revolution is well under way, but some industries are slow to catch up. Most women don’t think twice about carving out the time for our daily skin care regimen to erase or stave off imperfections. However, when it comes to our hair, we often expect gorgeous locks with minimal effort using lackluster products. Women have achieved natural, healthy, and gorgeous hair without the chemicals for hundreds of years! Here’s a peek at how they did it, then and now.

Thanks to popular recent demand, organic hair care is in the midst of a renaissance. Brands are channeling ancient remedies to satisfy thoughtful consumers.

The original natural solutions can be traced to India as early as the 1500s, where soapberry pulps and hibiscus flowers were combined to cleanse the hair. Once colonial traders discovered the practice, it spread throughout England and soon all over Europe.

Women in ancient Greece even used olive oil to condition their hair – a practice we still use today!

Unhealthy additives like artificial colorants & fragrance ingredients are found in most of today’s conventional hair care. These nasties have been linked to issues like allergies, headaches, and even respiratory issues. The worst part, even the most dedicated green gal has turned to conventional products to get the hair she craves.

The fact is, the vast majority of natural and organic hair care under-delivered until recently. Clean ingredients should never get in the way of performance! Products can now be high performance and nontoxic:

So many of us now opt for organic foods, hair care, and even fabrics. It’s time to switch over from a traditional salon to organic! At Organic Roots Eco Salon, we refuse to subject our clientele to the harsh chemicals found in most salons.

A few products we LOVE:

It’s time to join the natural & organic revolution! Treat your hair like your skincare and develop a regimen that’s good to you – from cut to daily care. 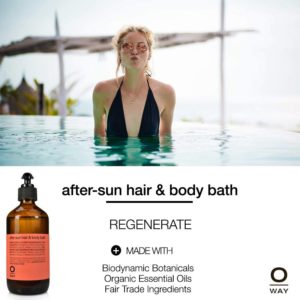 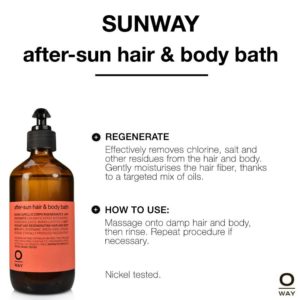 Rejuvenate your hair, body, and mind with Oway North America Organic’s After-Sun Hair & Body Bath! This wash effectively removes chlorine, salt and other residues from the hair and body, while providing moisture thanks to a targeted mix of essential oils.

♥ Removes irritating and drying agents such as Saltwater, Chlorine and Sand

Owning an organic, toxin-free salon, many potential clients call to inquire about the products we use, hopeful that they will finally be able to have their hair colored without the itching and burning so many people think they have to endure. While most people who do experience that discomfort aren’t allergic to the products, many people do have an allergy to an ingredient called para-phenylenediamine, commonly known as PPD.

Exposure to PPD can cause coughing, dizziness, headaches, and labored breathing, according to the CDC website. In addition, some people may see skin irritation, eye pain and swelling and blurred vision. Europe, which has more stringent laws than the U.S., has either banned it altogether or regulate the percentage allowed in hair coloring products to no more than six percent.

At Upstairs Hair Affair, all of our color lines are either entirely free of PPD, with one having less than one percent total. We work hard to ensure we use the proper brand on each of our clients. If you suffer excessive itching or burning at the salon you’ve been loyal to, we are always glad to sit down and talk with you about the best option for you. When necessary, we perform a patch test to make sure you can tolerate the product. A patch test is a simple procedure where we dab a tiny amount of color behind your hair then wait 48 hours to see if you have any adverse reactions to the color. So far those we’ve performed this on have been able to come in and get their hair colored without discomfort.

Finally, our products are also ammonia-free, so the burning and itching you may feel while getting your hair colored at traditional salons doesn’t happen here either!

Yes, you read that right. We now offer a non-toxic, formaldehyde-free keratin smoothing treatment that allows you to shampoo the very same day. No more worrying about getting caught in the rain or tying your hair back. Now you can have smooth, shiny hair without the hassle.

Did you know that our hours are extremely flexible? Our posted hours are merely guidelines. If you need us after work, call and let us know and we’ll be glad to accommodate you. 847-737-5315